Swimming world records tumbled at the 2008 Beijing Olympics, highlighting the role of swimsuit technology. Following the games, arena invited Innovia to help it create next generation competition suits leveraging new insights in science and technology. A few months later, at the 2009 World Championships in Rome, the pool was dominated by swimmers wearing the Powerskin X-Glide, the first suit developed by the collaboration. arena won more gold medals, and broke more world records than ever before.

Innovia established a new level of theoretical understanding by integrating fluid mechanics, material science, physiology and psychology. We created prototypes and tested them with competitive swimmers to ensure they delivered meaningful and significant performance benefits in the water.

As well as this immediate success, Innovia’s work provided arena with a long term technical platform with which to navigate the current environment of regulatory uncertainty up to London 2012. 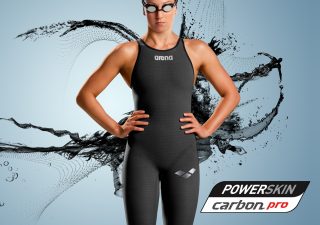 Athletes need to understand the benefits conferred by sportswear before they switch. Innovia helped define the core principles of Arena’s new swimsuit…

The Internet of Things in sports by Andrew Niven

On the 5th of August, the greatest athletes the world has ever seen will gather in Rio de Janeiro for the 31st modern Summer Olympic Games.... →